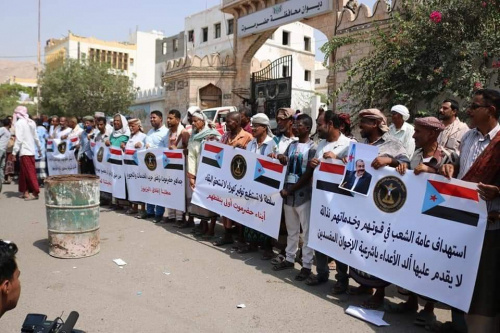 The Executive Authority of the Local Leadership of the Southern Transitional Council in Hadramout governorate, and its local leadership in Mukalla district, organized a protest in front of the governorate office in Mukalla, on Monday, to denounce the economic, living, and service collapse.

The protest included hundreds of Mukalla citizens and leaders of the Transitional Council local leadership there, in which they raised slogans condemning corruption and the collapse of services.

The statement pointed out that the catastrophic situation that legitimacy has brought people to is threatening to explode, which is being felt these days in the city of Mukalla with angry demonstrations.

The statement called on the security services to carry out their duty to maintain public tranquility, protect private and public property, deal wisely, understand the state of anger that prevails in the street, and not to use live bullets to deter the excesses of protesters. 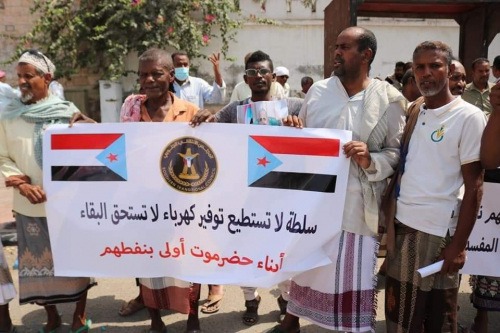 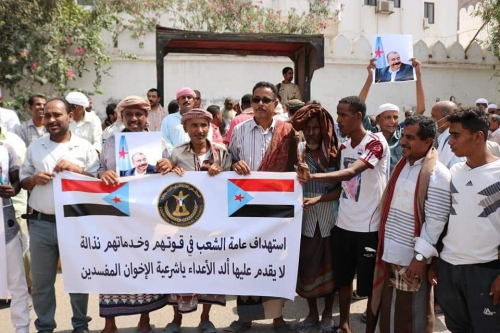