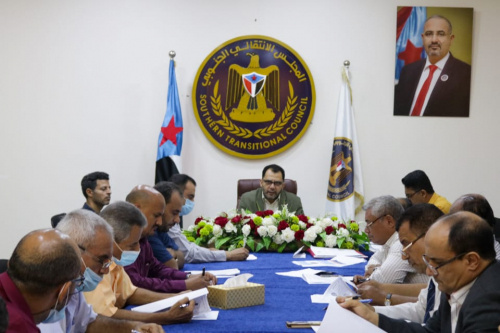 The General Secretariat of the Presidency of the Southern Transitional Council held on Monday its periodic meeting chaired by Eng. Adnan Mohammad Al-Kaf, the member of the Presidency, Acting Secretary-General, Chairman of the Relief and Humanitarian Action Committee.

At the beginning of the meeting, the General Secretariat welcomed the return of President Aidaroos Qassem Al-Zubaidi to the capital Aden, praising the fruitful results of the foreign moves and meetings he held with ambassadors and officials of regional countries and of permanent members of security council, and the UN envoy, and their important implications for the general situation of the southern issue in the political process.

The meeting reviewed the report of the activities of the General Secretariat departments during the past week, as well as reviewed its previous minutes and approved it.