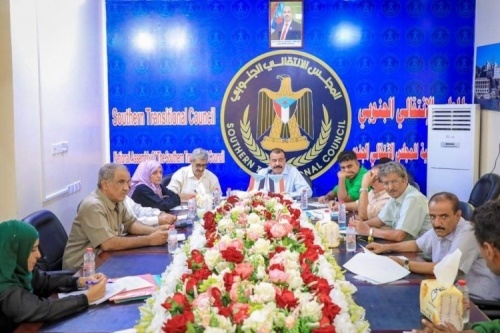 Under the chairmanship of  Major General Ahmed Saeed Ben Brik, the Chairman of the National Assembly, the Southern Dialogue Committee held on Thursday a meeting morning to discuss the main outcomes of the committee's meetings with the parties and components of the South.

The committee reviewed the minutes of the previous meetings and the most important points agreed upon between the Transitional Council and the other southern components, in which their results were fruitful and successful that all aimed at the liberation and independence and the restoration of the state, and the establishment of security and stability in Aden the capital and the south.

Major General Ben Brik praised the spirit of responsibility of the parties who responded to sit for the dialogue with no hesitation.

The Chairman of the National Assembly expressed his satisfaction with the outcome of the discussions and consultations with all parties, stressing that it will contribute significantly and directly to unify the southern row and vision.

Ben Brik pointed out to the importance of completing the second phase of the Southern Dialogue and sitting with the parties and other components, noting that the dialogue sessions reflect a direct positive image of the South to the international community