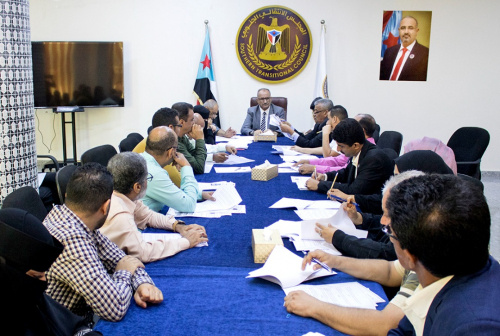 The meeting discussed a report submitted by the political department, which dealt with the most prominent topics and issues on the southern landscape during the past two weeks, and the latest developments in all governorates of the South.

The meeting reviewed a report on activities, tasks and performance of both the Organizational and the Cultural Departments during the second quarter of 2022, in addition to the weekly-activity report of departments of the general secretariat, which included the significant implemented activities and actions that the general secretariat has accomplished in various aspects.

Finally, the meeting has lauded the role of Woman and Child Department in the General Secretariat and its purposeful movement to unify the voice of southern women, promote coherence and boost up their role at all internal and external levels, at the same time, reviewed and approved minutes of the previous meeting.