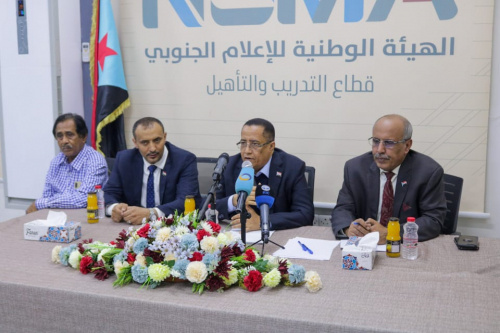 The National Southern Media Authority (NSMA) organized, on Saturday evening, in the capital Aden, a Ramadan evening on outcomes of Riyadh Consultations in presence of a number of the Southern journalists and media members.

Dr. Naser Al-Khubaji, member of the Presidency of the Southern Transitional Council (STC), head of the Negotiations Unit, delivered a speech in which he reviewed efforts of the STC and stages took place in the consultations in the Saudi capital, Riyadh, and outcomes of these consultations, noting that the presence of the STC reinforced the issue of people of the South that has to be settled down in the final negotiations to end the war, establish peace, and complete implementing Riyadh Agreement that was signed between the STC and the legitimate Yemeni government.

Al-Khubaji indicated that the STC’s acceptance to participate in the Yemeni government is to implement goals of the Arab coalition, confront the Houthi militias and liberate Sana’a, stressed the council’s adherence to the Southern national fundamentals and achieving aspirations of people of the South to restore their state, in the same context, emphasized the importance of implementing Riyadh Agreement through reforms in the economic council, anti-corruption commission, central system for control and accountability, as well as reforming the judiciary, changing governors, security directors of the governorates, and transfering the military forces in Almahra and Hadhramout and it Valley to the battlefronts to confront the Houthi militias.

Al-Khubaji stressed that challenges facing the STC in military, security, political and economic levels entail one and all to stand with it to overcome the difficulties that will eventually achieve goals and aspirations of people of the South, pointed out, that the significant outcomes of Riyadh consultations are dismantling the existing ring that obstructed implementing the Agreement, and refrained from confronting the Houthi militias, as well as consolidating cause of the South in negotiations of the final solution.

Al-Khubaji affirmed the STC’s commitment to outcomes of Riyadh consultations and support to the Presidential Leadership Council, its underpining Consultation and Reconciliation Commission to move forward towards performing these outcomes and completing implementation of Riyadh Agreement.

For his part, Mr. Ali Abdullah Al-Kathiri, member of the presidency of the STC, head of NSMA spoke on media axis in Riyadh consultations and challenges faced the Southern media members with other parties in this axis, which led to reforms in the Ministry of Information and its institutions,in addition to that the official media ceases-attacking people of the South and their cause.

Al-Kathiri confirmed that the consultations also came out with the formation of a National Media Council to draw up the media strategy, restore role and status of the official media in the capital, Aden, by re-operating and broadcasting the official Aden channel and radio from inside the entire capital, Aden, and operating Foundation of the fourteenth of October for Press, Printing and Publishing, stressed on importance of the conciliative langauge that the Southern media should use to address the Southern citizens, as the South is be and for all its citizens, as the STC will not close the door of dialogue with any Southerner under the roof of liberation, independence, and restoration of the South State.

After that, participants in this evening meeting made many interventions and raised different questions related to what happened in Riyadh consultations, the outcomes, achievements and role of media institutions in keeping up with the developments; Dr.Al-Kubaji and Mr. Al-Kathiri clarified and replied the questions and enquiries raised by the journalists and media members who attended the evening meeting. 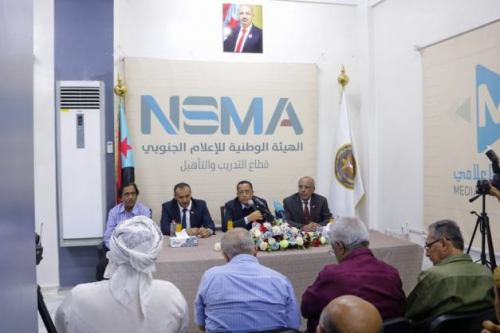 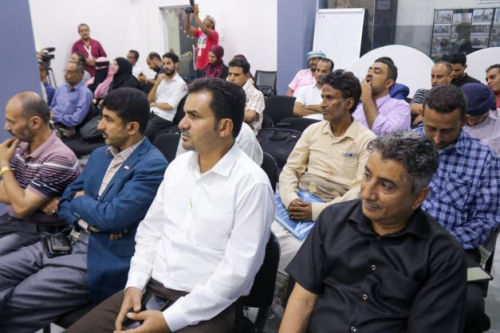 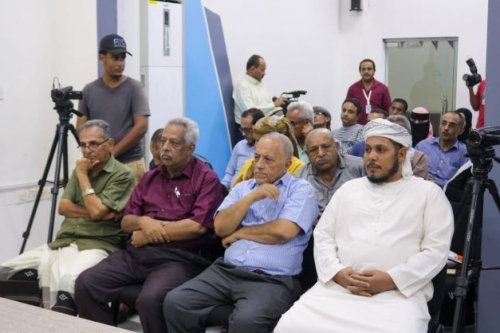 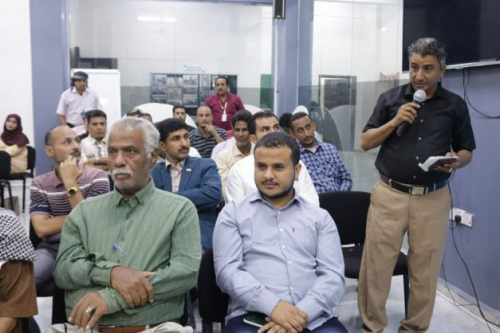