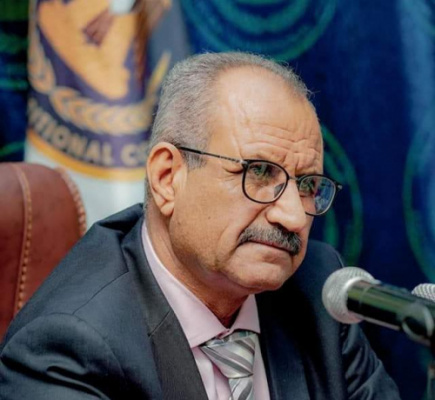 The Assistant Secretary-General of the Presidency of the Southern Transitional Council, Mr. Fadl Mohammed Al-Jaadi, visited on Saturday the sit-in camp of the employees of the southern army and security.

In his visit, the Assistant Secretary-General met with a group of officers and military and security cadres from the sit-in in the camp, which was installed about a month ago to claim their financial dues, and overdue salaries and all their rights that they were deprived of during the previous periods.

Al-Jaadi listened from the officers and military leaders about the suffering inflicted on the employees of the security and the army due to the delay in their salaries for several months and the reflection of this on their daily lives, and their inability to provide the basic needs for the simple living of their families in light of the economic deterioration and the high cost of living and the high prices of food commodities.

Al-Jaadi expressed his personal solidarity and the Transitional Council in general with their just and legitimate demands, which represent the minimum rights for the employees of the southern army and security, affirming the Transitional Council's keenness, and its keen interest in their cause and its relentless pursuit to enable them to get their full and undiminished rights.

The Assistant Secretary-General expressed his appreciation for the great role of the cadres and employees of the southern army and security and their great exploits in defending the soil of the homeland and preserving its security and stability, stressing that these great roles are a source of gratitude to all the people of the country.

For their part, the camp leaders and military cadres in the camp expressed their great pleasure at the good visit of Mr. Al-Jaadi, expressing their thanks and appreciation for the role played by the Council in order to enable them to get their just demands and get the victory for the cause of the southern people.