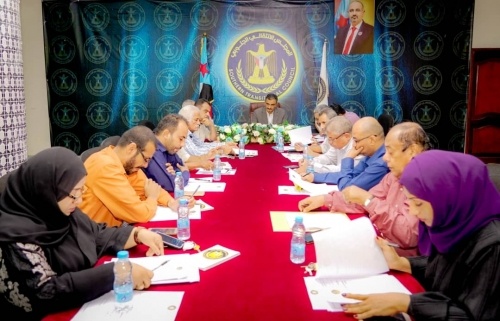 The General Secretariat of the Presidency of the Southern Transitional Council, held on Monday in its headquarter in Aden the capital, its periodic meeting under the chairmanship of the Secretary General, Ahmed Hamed Lamlas, and in the presence of Fadhl Al-Jadi, the Assistant Secretary-General.

The meeting discussed the reports of the departments and the accomplishment of their plans that have been approved during last week's meeting.

The Secretary-General praised the level of achievement of the Secretariat departments in the implementation of their activities program for the success of the Gratitude to UAE event at the local and regional levels.