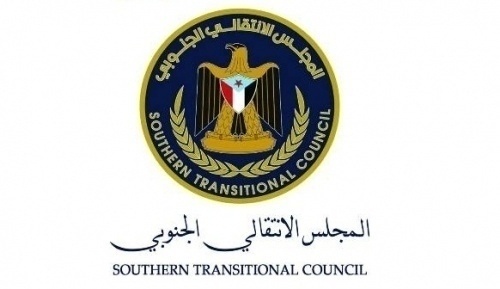 In response to the 29 August Presidential Statement by the UN Security Council on developments in Yemen and the South, Major General Aidaros Al-Zubaidi, President of the Southern Transitional Council, said: "We commend the collective leadership of the members of the Security Council's support for a negotiated political solution to the crisis in Yemen and the South, including the clear mandate of the United Nations to include representatives of the South in the overall comprehensive political process, and we urge the Secretary-General Special Envoy, Mr. Martin Griffiths, to act swiftly to implement the mandate given to guarantee a successful and implementable political process.

The Southern Transitional Council is ready to engage constructively in a negotiating process that will end the crisis and resolve the case of the people of South Yemen through the political process." "In the meantime, the Southern Transitional Council continues to fulfill its responsibilities towards the people of the South by maintaining stability and de-escalation in the capital Aden and the southern governorates, responding swiftly to numerous attacks by the Houthis and terrorist groups operating under the umbrella of the Yemeni government against the southern people.

There is an urgent need to take a firm international stand towards the threats currently posed against the people of South Yemen, whereby any delay in this regard will put the country in a major security and political impasse.

On Friday 30 August 2019, terrorist groups executed multiple attacks against the security belt in Aden. as we are fighting terrorism and extremism on behalf of the world in this geographic area, we call for the support of the international community to join the efforts in this fight.

"We reaffirm our commitment to Saudi Arabia's call for dialogue referred to in the Security Council statement, as it is STC's obligations towards peace and stability in the region, as well as it is our strong belief that those are the intentions of the Kingdom of Saudia Arabia's leadership towards our people, their stability and political future."

"We have worked hard to ensure that these unjustified attacks do not aggravate the humanitarian and economic situation by continuing, and within our capacity, to provide essential services in the absence of credible governance structures.

As the Security Council has clearly indicated the urgent need to restore public services, we therefore, need urgent international support to ensure the continued provision of public services in the south, including the timely payment of all salaries." "We affirm that the current arrangements will be temporary until a real and sustainable solution to the South cause is reached.

We have a clear and viable "Southern Vision" that deals with the political, economic and security arrangements driven by our commitment to the people of the South and international law."

"We look to our international partners in the Council to revitalize the political process in Yemen and to provide a final solution to the Southern cause that gives southerners their right to self-determination."