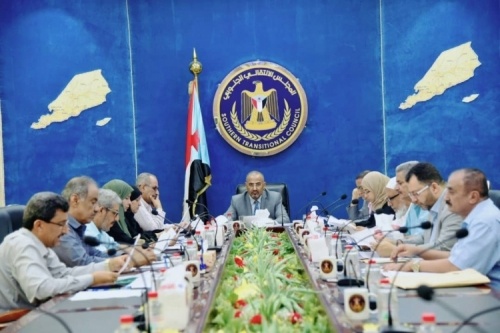 The meeting reviewed the latest military updates in the borders fronts north of the province of Dhalea.

The meeting also discussed the periodic analytical report of the Center of decision-making support on the local and regional updates related to the south, as well as the draft of the list of the House of Counselors, and listened to the comments of the members on this regard.

The meeting touched upon a number of topics on its agenda, including the activities of the Secretariat General's departments during the holy month of Ramadan, as well as a number of other topics related to the Transitional Council tasks.

At the end of the meeting, the presidency approved the formation of a committee chaired by the member of the Presidency of the Transitional Council, Abdulrahman Sheikh, to follow up the damages caused by the rains and the climate effects in Aden and a number of governorates of the south.