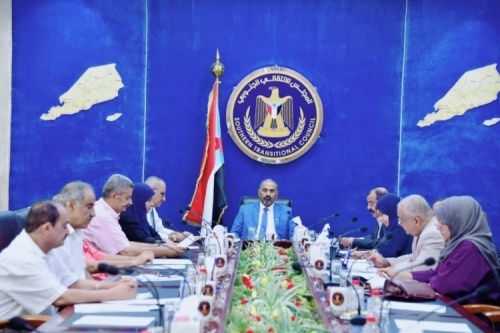 The meeting discussed the updates on the fronts, praising the great victories achieved, especially on the fronts of Dhalea, Karish and all the borders of the south.

The meeting also discussed the progress of the Southern Dialogue during the past period, and reviewed the evaluation of the plan of the dialogue meetings and its achievement, in which it was stressed on the importance of continuing efforts to unify the southern standpoint, to achieve the participation of the South as a key party in the negotiations.

For the relief committee's plan and the measures taken in coordination with the local leadership in the governorates, the Presidency called for the speedy completion of the tasks in accordance with the work plan.