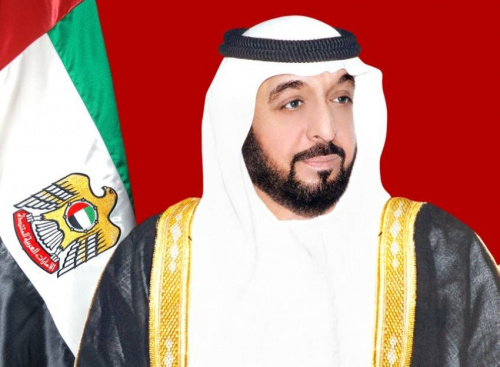 The Southern Transitional Council (STC) mourns the passing away of Sheikh Khalifa Bin Zayed Al Nahyan; President of the United Arab Emirates (UAE) who has died, on Friday, after a lifetime of granting and outstanding achievements.

The full Mourning Statement as follows:

In the Name of Allah, the most Gracious, the most Merciful

"O reassured soul, Return to your Lord, well-pleased and pleasing (to Him), And enter among My (righteous) servants, And enter My Paradise" Allah Almighty is truthful.

The Southern Transitional Council with feelings of deep sadnesss and grief mourns to people of the South, the Arab and Islamic nations, and all people of the world, the passing away of Sheikh Khalifa Bin Zayed Al Nahyan; President of the United Arab Emirates (UAE) who has died, on Friday, after a lifetime of granting and outstanding achievements.

On this major loss, the STC offers sincere condolences to the vice president of the UAE, Prime Minister, Ruler of Dubai, his highness Sheikh Mohammed bin Rashid Al Maktoum, and the Crown Prince of Abu Dhabi, the deputy of Supreme Commander of the Armed Forces, the general, his highness, Sheikh Mohammed bin Zayed Al Nahyan and his official brothers highness Sheikhs; rulers of the remaining emirates and all the respected people of the UAE, praying to Allah the Almighty to bestow on him His vast mercy and abode him in His paradise.

The Arab and Islamic nations, and the whole world have lost by the death of Sheikh Khalifa Bin Zayed a leader and a wiseman who has farsightedly been running the State with goodness and construction following the footsteps of his late father; Sheikh Zayed Bin Sultan Al Nahyan, May Allah's mercy be on him, to make of his precious country; the UAE a development State model in the entire region and the world in its progress, development, highly value of human beings, coexistence and peace among peaples, religions and civilisations.

The loyal people of the South, remember with a great pride, the true brotherly attitudes of the late his highness Sheikh Khalifa Bin Zayed Al Nahyan, and the leadership of the UAE; the attitudes that have affirmed originality, sincerity and magnanimity of this country, its leadership and people, from this point, we share sorrows with the leadership and people of the UAE over this painful passing away and major loss. In these moments in which each one feels shocked, saddened and agonized by the painful passing of this incomparable and exceptional leader, the STC formally announces mourning for three days in the governorates of the South.

May Allah bestows His mercy on the senior deceased his highness Sheiks Khalifa Bin Zayed Al Nahyan and abode him in His paradise, and grant patience and solace to his family, people and all his true-lovers.

To God we belong and to Him is our return.