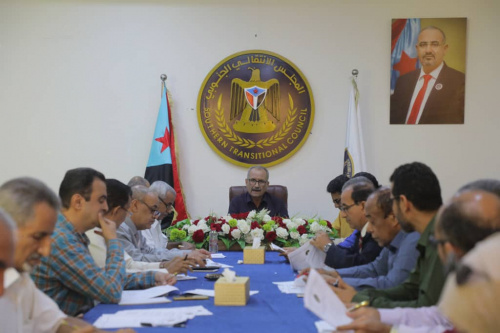 The General Secretariat of the Presidency of the Southern Transitional Council, on Wednesday, held its periodic meeting in the capital, Aden, headed by Mr. Fadl Mohammed al-Jaadi, the Deputy Secretary-General.

At the beginning of the meeting, the attendees stood for a minute to read Surat Al-Fatihah on the souls of the martyrs of the South, who sacrificed their lives to liberate the districts of Bayhan from the terrorist Houthi militia.

The meeting reviewed the political scene report submitted by the political department, which included the most prominent issues on the southern arena during the past two weeks, and a reading of the developments of the local, regional and international scene related to the southern issue.