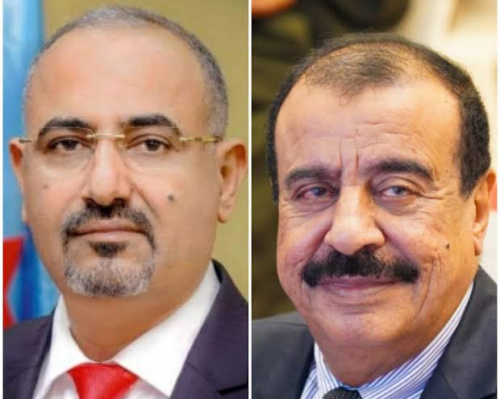 We are pleased to extend to you, and through you to our dear southern people and their valiant armed forces, our best congratulations on the occasion of the 54th anniversary of the glorious national independence day, November 30, wishing you progress, elevation, and more successes on the path to complete independence and building the desired southern state.

The anniversary of independence comes this year under exceptional circumstances and extremely complex challenges, due to the hysteria of war in multiple forms and images that the forces of darkness and terrorism are waging against our people and targeting their land, existence, and identity, and they are undoubtedly lost wars and will disappoint the hopes of their makers and those standing behind them in the face of the steadfastness and determination of our people.

President  Commander, we take it as an occasion to bless your efforts and those of your loyal ones, and with great appreciation we salute your firm stance adhering to the right of our people to gain their freedom, restore their identity, and build their independent southern federal state.

We also salute the men of firm stances from our valiant armed forces who are stationed in positions of honor and heroism in defense of their people and their country, and in order to protect the victories of their people.

We reiterate to you and our people that that we will remain, as we pledged to our homeland, firmly and steadfastly on the path of liberation and independence, which is a thorny path, but it will not be more difficult than what our fathers and grandfathers faced, who confronted the great might of the British Empire and forced it to leave on such a glorious day.

Mercy and forgiveness for the glorified martyrs through the various stages of the southern revolution, and a pledge to them that we will continue on their covenant until victory.

Glorious November and every year may you be well

Chairman of the National Assembly of the Southern Transitional Council