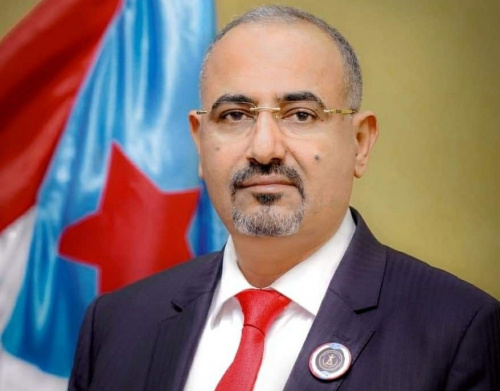 President Aidaroos Qassem Al-Zubaidi, President of the Southern Transitional Council, sent a cable of condolences in the demise of National Southern Struggler, and prominent female leader Aisha Mohsen Qassim Al-Khaili, who passed away on Saturday in the British city of Sheffield.

President Al-Zubaidi expressed his sincere condolences to her son Munif Mohammed bin Mohammed Aubadi and her brother and all her family, sharing with them their sorrows, and praying to the Almighty Allah that they never see any other sadness.

in the cable, President Al-Zubaidi confirmed that the south lost with the departure of Aisha Mohsen Qassim Al-Khaili, the southern struggler and the prominent female leader, one of its loyal women who offered their souls for the sake of the south and its fair cause, pointing out that the deceased owns a distinguished history in positions, and great roles, and is one of the authentic southern people, who have a long history in the service of the southern homeland, as she worked as head of women's union in the South, and was a member of the Central Committee.

At the conclusion of his cable, President Al-Zubaidi prayed to Almighty Allah to bestow mercy and forgiveness on the deceased, to dwell her soul in paradise, and to inspire her family and relatives patience and solace.