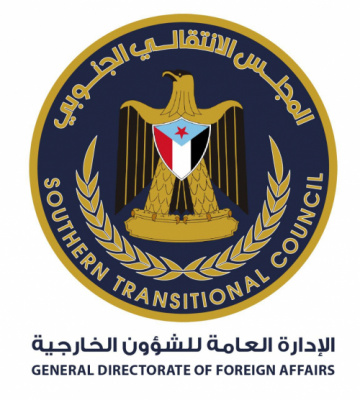 Amr Ali Al-Bidh, the Special Representative for Foreign Affairs of the President of the Southern Transitional Council (STC), President Aidaroos Qassem Al-Zubaidi, met on Wednesday, through video call, with the head of the Gulf, Iran, and Yemen Department at the Canadian Foreign Ministry, Mr. Gregory Lemermeyer.

During the meeting, Al-Bidh briefed the Canadian side on the latest developments of the situation in the South and Yemen, and the position of the Southern Transitional Council, and its keenness to complete the implementation of the rest of the political, economic and military provisions of the Riyadh Agreement, as well as the obstacles facing its implementation.

In the meeting, which included the Director of the General Directorate of Foreign Affairs Office in Canada Abdul-Karim Ahmed Saeed, Al-Bidh stressed the importance of completing the Riyadh Agreement and forming a joint negotiation delegation to engage in the political process under international sponsorship.

In his turn, Abdul-Karim Ahmed Saeed touched on the deteriorating humanitarian conditions in Aden the capital, and other Southern regions, and the policy of collective punishment and the systematic war of services, by some parties in the Yemeni legitimacy against the Southern people, in light of the spread of the Corona pandemic, and the deterioration of the currency value, and the delay in paying the salaries of military and civilians employees for more than six months, stressing that this heralds a humanitarian catastrophe if the international and regional community does not intervene to save our southern people.

For his part, Mr. Lemermeyer stressed the importance of stopping the war, taking into account the humanitarian aspect, and adhering to the peaceful dialogue led by the United Nations in order to reach just solutions that lead to lasting peace.