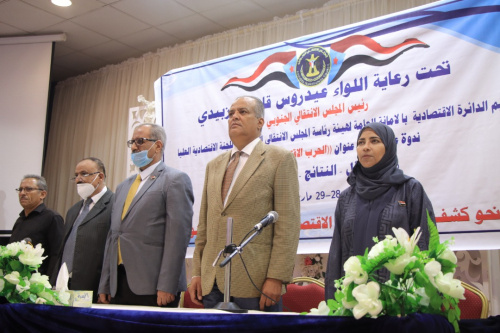 The first session of the symposium chaired by Dr. Abdul Qawi Al Solh, Head of the Economic Department in the General Secretariat of the Presidency of the Southern Transitional Council, witnessed a review of the productive sectors, and its situation before the year 1990, with the difficulties it faced after this year, beside the process of systematic destruction and the collapse that it was subjected to, especially after the war of 1994, in addition to its current situation at the moment.

At the conclusion of the first session, discussion was opened for the attendees who presented their observations and opinions, provided that the rest of the papers will be reviewed later and discussions related to them all will be held to come up with a final statement and recommendations regarding the economic situation in the south.