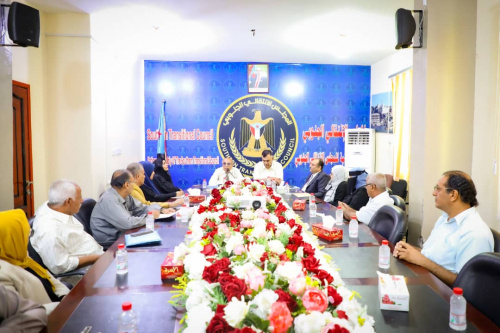 The National Assembly of the Southern Transitional Council organized on Monday, a lecture on "Regional and International Indicators for the Restoration of the South to its State", in the presence of Dr. Anis Luqman, Vice Chairman of the National Assembly, and a number of members of the Assembly, its employees, and representatives of civil society organizations.

In the lecture, Ambassador Dr. Adel Bakili presented three axes, the first on the background of the southern authority and its equal representation of the south to start a new phase after the success of the Riyadh Agreement.

Ambassador Adel, in his speech about the foreign strategy, affirmed that the Riyadh Agreement had positively reflected on the performance of the Southern Transitional Council in the new parity government of the state, indicating that it is the entrance that will open the way for the National Assembly to discuss its bilateral relations with political committees in various Arab and foreign parliaments.

Al-Bakili also stressed the importance of activating the role of the Transitional Council in combating terrorism, as it is the most sincere in its understanding with the countries combating it (terrorism), so that in the foreseeable future it will have a place that reflects the role and position of the South in combating terrorism.

Dr. Al-Bakili concluded the lecture, noting the need to activate communication and coordination with all international organizations and funds operating in Yemen, to open a portal for communication with their centers in Geneva and elsewhere, in order to accommodate the future requirements of the South.

At the end of the lecture, the attendees expressed their happiness with this valuable political proposition, after which the discussion was started among them, and questions were answered by the lecturer.