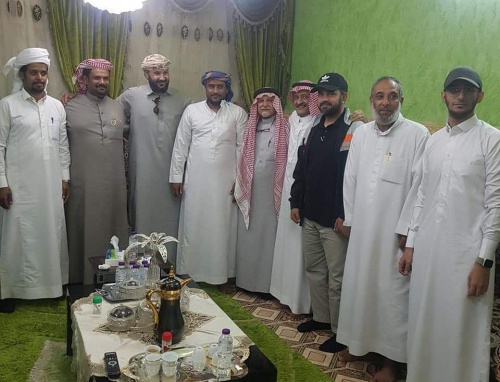 Sheikh AbdulRab al-Naqib; member of the Presidency of the Southern Transitional Council, met on Saturday, with Head of Southern community in the Kingdom of Saudi Arabia and the Arab Gulf states, Sheikh Abbas Sunaij al-Sha'eri.

The meeting discussed the latest developments in the Southern arena and the advanced external steps that the South had taken through the moves made by the leadership of the Southern Transitional Council headed by President Aidaroos Qassem Al-Zubaidi, last of which was the official visit to the Russian Federation.