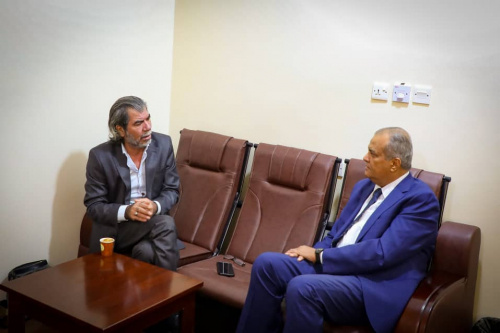 Mr. Lotfi Jaafar Shatara and lawyer Niran Souqi, members of the Presidency of the Southern Transitional Council, Vice-Chairmen of the National Assembly, met on Monday, at the National Assembly's headquarter with Mr. Marwan Al-Ali, the Office Director of the United Nations envoy Martin Griffiths in the capital Aden.

In the meeting, Shatara and Sooki discussed with Al-Ali a number of issues related to the general situation at home, especially in the capital, Aden, after the terrorist missile attack that targeted Aden International Airport and killed a number of martyrs and others wounded.

The meeting also touched on the importance of the south-south closeness at this stage.

Shatara confirmed that the Southern Transitional Council is keen on making the Riyadh agreement successful, despite attempts by some parties to destabilize security in the southern governorates, especially in Aden the capital.

Shatara reaffirmed to the director of the UN envoy’s office that the Southern Transitional Council was and is still reaching out to all southern parties to accomplish an agreement that satisfies everyone and serves the southern cause and fulfills the will of the people of the south. 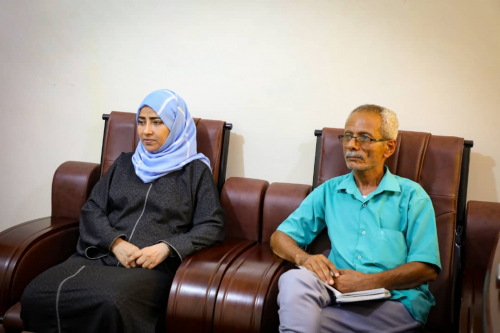