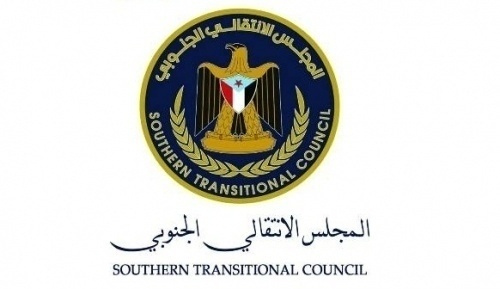 The Southern Transitional Council issued an important statement by the spokesman for the Council, Eng. Nizar Haitham, about the criminal incident that targeted Aden International Airport last Wednesday.

While everyone was waiting for the arrival of the government of power-sharing between the south and the north to Aden, and start of the process of construction and development and the recovery of the country from its tragic situation, the hands of terrorism, extremism and chaos decided to play their usual criminal role in killing and destroying and disrupting the opportunities for construction, peace and stability.

As the Southern Transitional Council condemns in the strongest terms of condemnation and censure the treacherous terrorist operation that targeted Aden International Airport at the moment of the arrival of the government of power-sharing according to the Riyadh Agreement, it holds the terrorist Houthi militia and the forces affected by the Riyadh Agreement seeking to thwart its implementation, full responsibility for this treacherous terrorist act, calling the government of power-sharing and the security agencies to carry out their responsibilities and initiate an immediate and urgent investigation with international participation to uncover the circumstances of this criminal act, stressing at the same time the need for the intervention of the Arab coalition led by the Kingdom of Saudi Arabia to support the security services and provide the necessary logistical support to install security in the capital, Aden.

The Southern Transitional Council mourns the martyrs of this treacherous terrorist incident, asking Allah to provide them with mercy and forgiveness, and we also ask Allah for a speedy recovery for the wounded. And the Council affirms that these crimes will not be subject to statute of limitations, reiterating its commitment to continue with regional and international partners in combating terrorism and fighting extremism in all its forms and types.