The General Secretariat holds its periodic meeting headed by Al-Jaadi

The General Secretariat holds its periodic meeting headed by Al-Jaadi 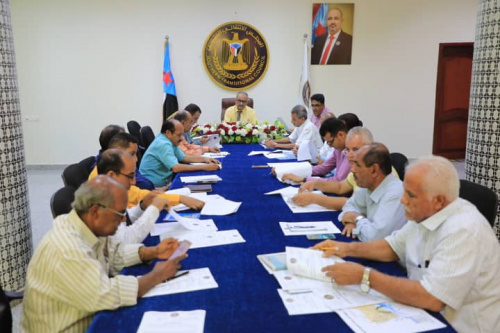 The meeting dealt with the importance of the return of the governor of the capital Aden, Mr. Ahmed Hamed Lamlas, to the homeland, and the great responsibility entrusted to him to serve Aden and its people, and the challenges that will be facing him to address the sources of corruption and shortcomings, especially in the services sector, and in this regard Fadl Al-Jaadi stressed on the need to make all efforts to help the governor and to provide everything possible for the success of his tasks to alleviate the suffering of citizens and the development of the capital.

Al-Jaadi stressed also on the importance of establishing the principle of tolerance among southerners, as it is the foundation of the state’s basic structure, noting that it is not necessary to face error by mistake, and that adhering to the irrational rivalry means the collapse of everything that has been built.

The meeting reviewed a report on the political scene submitted by the political department, which included a summary of the most important events on the local, Arab and international arena, in addition to two reports on the performance of the women and children departments, and the martyrs and wounded since the beginning of the year 2020.

The meeting also discussed the reports of the weekly activities of the General Secretariat departments during the past week, and reviewed and approved the minutes of its previous meeting.