President Al-Zubaidi receives officials from Kingdoms of Sweden and Netherlands

President Al-Zubaidi receives officials from Kingdoms of Sweden and Netherlands 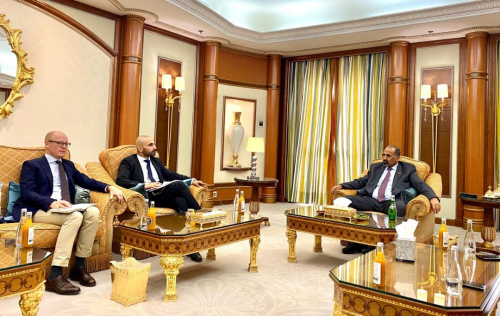 The President of the Southern Transitional Council, Supreme Commander of the Southern Armed Forces, President Aidaroos Qassem Al-Zubaidi, received today, Tuesday, at his residence in the Saudi capital, Riyadh, officials from the missions of the Kingdom of Sweden and the Kingdom of the Netherlands, headed by the political affairs officials Dr. Gihon Ostwar and Ariek Salemgren Shantz.

The meeting discussed the current political, humanitarian and military situation in our country, in which President Al-Zubaidi emphasized on the efforts of the Kingdom of Saudi Arabia, and the active role of the European Union in supporting the humanitarian file, and the contribution in the comprehensive political solution across the United Nations, stressing on the need for concerted efforts to find urgent solutions that help southerners to face the emergency health and humanitarian situation.