Lamlas: Riyadh Agreement will proceed towards implementation as long as the wise leadership of Saudi is its sponsor and supervisor

Lamlas: Riyadh Agreement will proceed towards implementation as long as the wise leadership of Saudi is its sponsor and supervisor 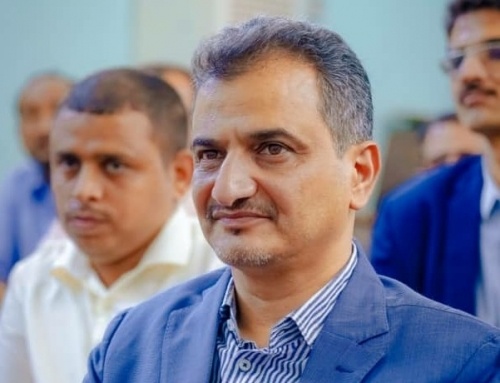 The Secretary General of the Presidency of the Southern Transitional Council, acting president of the council, Ahmed Hamed Lamlas assured that the Riyadh Agreement will go towards implementation, and that talking about the failure of the agreement is totally out of the question and impossible as long as there is wise and rational leadership of the Kingdom of Saudi Arabia that sponsors and supervises the agreement .

The Secretary-General said that in an interview with Radio Huna Aden and a number of local newspapers on the sideline of his attendance to the public discussion of the thesis submitted by Dr. Khaled Bamdhaf in the College of Literature.

Lamlas answered a question addressed to him, as follows:

Q - Mr. Ahmed Hamed Lamlas, the Secretary General of the Southern Transitional Council, the Houthi terrorism, the Brotherhood (Islah), and terrorist organizations all strive to mark the Riyadh Agreement as a failure, considering the slowdown imposed arbitrarily by the legitimate government for the terms of the Riyadh Agreement as a failure! .. What do you say in this aspect ?

Lamlas: How the Agreement fails and the Kingdom of Saudi Arabia is present and sponsoring that agreement in light of the wise and rational leadership that the Kingdom has represented in its leader and great king Salman bin Abdulaziz.

Lamlas acknowledged that there was a delay in implementing the terms of the Riyadh Agreement, denying that it failed and that it would never fail.

Lamlas referred his assurance of not allowing the Agreement to fail for several reasons, the most important of which is the strong will of the leadership of the Southern Transitional Council to implement the Riyadh Agreement, in addition to the generous and firm care on the agreement by the Kingdom of Saudi Arabia with its King Salman Bin Abdul-Azeezand and the will of its Crown Prince Mohammed Bin Salman on the success of the Riyadh Agreement.