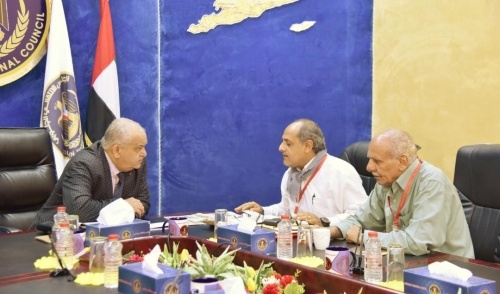 The meeting  discussed  the violations  affected the most prominent monuments of Aden, and the mechanisms to protect and preserve them.

Dr. Al-Wali expressed his regret for the violations on archaeological monuments in the capital Aden by individuals and groups that do not have slightest responsibility or concern for the historical and civilizational heritage of this city and the southern homeland in general.

Al-Wali affirmed that the Southern Transitional Council places the highest priority on protecting archaeological and historical monuments in the capital Aden, and will strongly support any proposals that preserve those monuments and protect them from tampering and vandalism.

For his part, Farouk Makkawi expressed his happiness for the interest he received by the leadership of the Transitional Council for the monuments and historical memorials in Aden, stressing that there are good efforts being made to present proposals to reach sustainable solutions that guarantee the protection of Aden from violations.