The General Secretariat holds its periodic meeting chaired by Al-Jadi

The General Secretariat holds its periodic meeting chaired by Al-Jadi 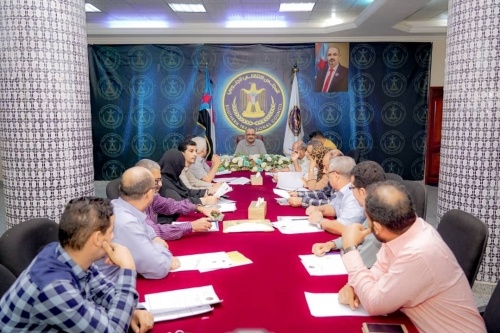 The meeting reviewed a report submitted by the organizational department on the annual report draft of the Transitional Council bodies.

The meeting previewed the violations of the Yemeni government for the Riyadh Agreement, and the violating acts of the Brotherhood's military forces against the civilians in Shabwa and Abyan, stressing its full solidarity with the Laqmosh tribes in Shabwa and the citizens of villages in Yaramis who are under military attack and brutal shelling by Brotherhood's militias disguised as legitimacy forces.

The meeting discussed the status of the services of electricity, water, and health sectors in the capital Aden and the southern governorates, and the attempt to disable them by the Yemeni government,

The meeting reviewed and approved its previous minutes, as well as the weekly achievement reports of the departments of the General Secretariat, and the most important activities to be implemented in the next week.

The meeting of the General Secretariat called on the Arab Coalition to put an end to the violations and attacks of the Brotherhood's militias that aim to disrupt the implementation of the Riyadh Agreement.