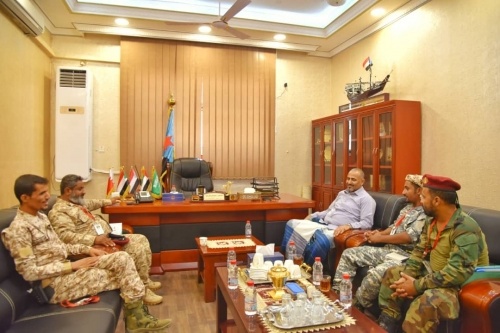 President Al-Zubaidi listened to a brief explanation on the brigades' readiness, and their tasks, within the framework of the security plan designed to secure the governorate of Abyan from the Brotherhood's militia and the terrorism funded by the enemies of the south.

President Al-Zubaidi praised the preparations and readiness of the leaderships of the 11th  thunderbolt Brigade and the 2nd Brigade Rapid Raid, appreciating their efforts to accomplish the tasks assigned to them, and stressing that the Transitional Council will be with them and will support the two brigades.

For their part, the military commanders appreciated President Al-Zubaidi's keenness to follow up and check on the needs of the southern military units, affirming the readiness of their military units for any tasks entrusted to them as required for the interest of the south.