Al-Halimi, STC Member of Presidency Meets with the Dutch Ambassador to Yemen in Riyadh

Al-Halimi, STC Member of Presidency Meets with the Dutch Ambassador to Yemen in Riyadh 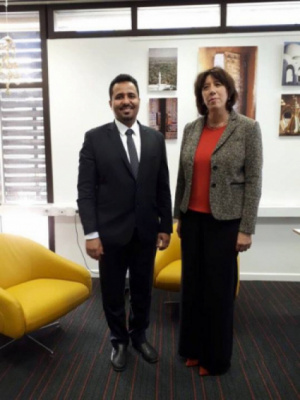 In the meeting, the STC representative discussed with the Dutch ambassador the political settlement and the role of STC and its vision to solve the Yemeni crisis.

They also discussed the importance of reinstating the state and the assessment of the legitimate government with its manner of administrating the country and the danger of that on finding a political settlement in Yemen, they also discussed the central bank issue with the absence of its administration and the reflection of that on the humanitarian and economic situation.

The Dutch ambassador is visiting Riyadh, with the aim of holding a number of Yemeni and southern officials to discuss the situation on the southern and Yemeni arenas in general.