Dr. Al-Jamhi reviews the Objectives and Tasks of the Decision-Making Support Center

Dr. Al-Jamhi reviews the Objectives and Tasks of the Decision-Making Support Center 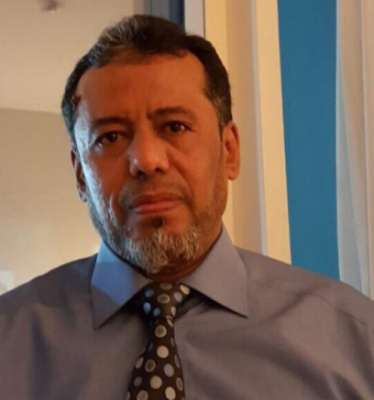 Head of the Decision-Making Support Center of the Southern Transitional Council, Dr. Saeed Al-Jamhi reviewed clearly the objectives and tasks that the Center will undertake during the next phase, to cover the various political, economic, social and scientific aspects in order to serve the southern nation.

In a statement to the STC official website, Dr. Saeed Al-Jamhi thanked the President and members of the Council for the great confidence granted to him and to the members of the Center, affirming that they will be, Inshallah, at the level of confidence. He said that the creation of the center confirms the STC leadership's keenness to improve the Council's performance, broaden participation, reinforce the institutional work and to be avoid randomization and improvisation.

Dr. Saeed Al-Jamhi added that the Decision Making Support Center consists of a select group of academics and relevant experts in various fields since the first moments of its formation ,we were keen to bring clarity to the objectives and tasks of the Center and to follow a systematic approach and realistic, logical, and scientific process when dealing with issues.

Dr. Saeed Al-Jamhi considered the Center as an independent professional technical institution, entitled to research and study all phenomena and issues, develop appropriate solutions, propose preconditioned options with the exception of what is inclined to disagree or do the opposite of the higher interests of the South. He also confirmed that the bylaw of the Center will be prepared and approved with the openness to all the different forces and elites. He said that the Center is responsible for providing a think tank base to the Southern Transitional Council in order to enable its leadership to determine its political, economic and social choices with conscious recommendations.

Dr. Al-Jamhi indicated that the tasks of the Center include contributing significantly to the political maturation of the Southern Transitional Council, mobilizing popular support to its policy, providing studies and strategic plans based on scientific and factual data, preparing the expected scenarios with a view to take the right decisions, discovering problems before they occur and resolving them without making any mistakes, being prepared for the future and finding out new paths that help the Transitional Council to achieve comprehensive development.

He said that the center will contribute to building national awareness away from fanaticism and private interests, it serves as a dynamo that will make the Council more vibrant in making decisions and projects to draw up policies that meet the reality and the requirements of this phase  at the local, regional and international levels.

Head of the Decision-Making Support Center of the Southern Transitional Council, Dr. Saeed Al-Jamhi affirmed the center keenness to establish relation of cooperation and exchanging experiences with research and study centers and to profit from all the national efforts and experiences.

Dr. Al-Jamhi was astonished at hearing false claims propagated by owners of private projects against the Center and allegations claiming that the creation of the Center is a proof of the STC weakness and discording with the National Assembly, and what's more that "the Southern Transitional Council with this move, reveals that its real goal is not politics, but security."

'I am not going to respond to those allegations, but by a media (and political) personality, who went even further to attack me with inappropriate descriptions and I keep my right to reply and prosecute him.' Al-Jamhi said, affirming that the Decision-Making Support Center is for the implementation of decisions made by the STC leadership and its power not in taking decisions but in implementing them.

Dr. Al-Jamhi indicated that the Center has exceptional powers in following up the steps and stages of implementing the decisions and it's up to the Center to present the gist of mental thinking in forms of projects and decisions leading to the shortest-way for rapid development of the Council at a stage where they need to work effectively and responsibly according to a clear national vision, adding that that the elite of experts and specialists, will draw up carefully the characteristics of this stage.