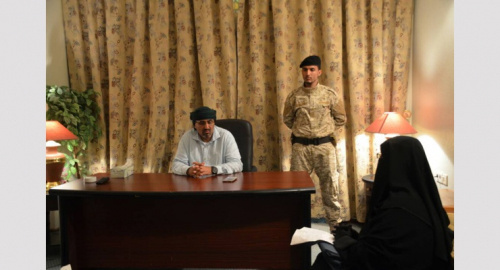 The president of the Southern Transitional Council Maj. Gen. Eidros Qasim Al-Zubaidi, said that the elite forces of Shabwa and Hadramout and the security belt are the basis of the army and security in the southern state .
In an interview with the news website 'Golden.news', Al-Zubaidi answered many questions frequently asked by the people in Hdramout and in the South in general .

Golden.news: You said in a recent television interview that your tour to a number of countries had been crowned with an implicit recognition of the Southern Transitional Council . Who are these countries that recognized the Council?

Al-Zubaidi: First, we thank Golden News for the interview, which is an opportunity to inform you about some topics. We had informal amical meetings with a number of ambassadors in which we explained what is the Transitional Council and what are its tasks as leader of the political process and a representative of the southern people and its cause. Some of the superpower countries' ambassadors made it clear that the council came to fill a vacuum in all the south from AlMahra to Bab al-Mandab where there was no party or political component to fill it, so they considered the STC council as part of the future solutions, we can't talk about those countries at the moment but we will very soon.

Golden.news: You said in the same television interview that the Transitional Council will hold a referendum for southerners to decide the fate of Yemeni unity, when?, and what are the guarantees to implement its results?

Al-Zubaidi: We always say that the Transitional Council is preparing a public referendum for the people of the South through ballot boxes. The first task of the Council is to let the people decide their own destiny.

Golden.news: We understand that no date has been set for the referendum.

Al-Zubaidi: We are seeking negotiations now, the referendum is the last phase after the international recognition of the southern cause. We will continue to build the institutions and to protect all the South sea,land and sky, then the opportunity will be given to the people to self-determination.

Golden.news: You talked about possible negotiations but Who is the other side? Is it legitimate government or is it the Houthis and Saleh ?.

Al-Zubaidi: The other side is the northerners , whether Huthi or Saleh or whoever it is. We want clarify before  the international community that each side has its independent land.

Golden.news: Who will sponsor these negotiations?

Al-Zubaidi: The United Nations, the international community, the Arab League, the Gulf Cooperation Council and all UN bodies, but undoubtedly, the United Nations is the main sponsor for us.


Golden.news: How can you benefit from the Kurdistan independence referendum?

Al-Zubaidi: We differ from Kurdistan, we were in an independent and internationally recognized state , we entered into an integrated unity but it didn't work. If you look at history you'll see the short-lived unity of Egypt and Syria.They didn't agree on it so they left each other. The ousted (Saleh) adhered to it under the slogan 'Unity or Death'. It's about people's will, the southern people don't want this unity which came against their interests, their security and stability and against their future and the future of their children, So it's over now.