President Al-Zubaidi Gets Briefed on General Situation in Almahra

President Al-Zubaidi Gets Briefed on General Situation in Almahra 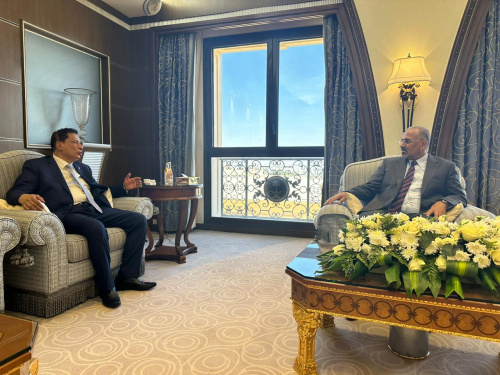 President Aidaroos Qassem Al-Zubaidi, President of the Southern Transitional Council (STC) and Vice-Chairman of the Presidential Leadership Council (STC), received on Thursday, at his residence in the Saudi capital, Riyadh, the Governor of Almahra Governorate, Mr. Mohammed Ali Yasser.

The President reaffirmed the great importance of Almahra for the leadership of the PLC, as it is the eastern gateway to the country, stressing the need to preserve the social fabric and strengthen cohesiveness among the people of the governorate to maintain its security and stability.

For his part, the Governor of Almahra expressed his thanks to President Al-Zubaidi for the continuous support he provides to the leadership of the local authority in the governorate, affirming his keenness to implement all directives issued by the PLC to maintain the stability of the governorate.