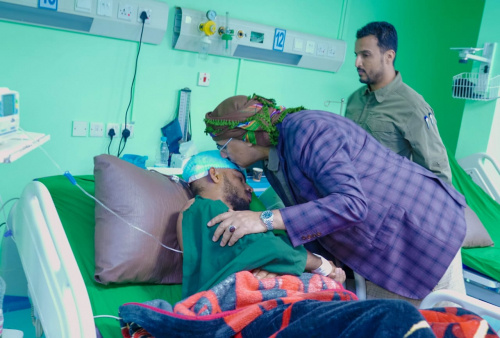 During his visit, the president Al-Zubaidi was reassured on conditions of the wounded, progressing in their treatment process, and level of medical service they receive, directing the medical teams to give them utmost care and intensive attention so that they would speedily recover and return to their families and military positions in good health and safety.

President Al-Zubaidi lauded the ultimate sacrifices made by the personnel of the southern armed forces to maintain security and stability, and combat terrorist organizations, affirmed that pure blood will never be gone unheeded, and such treacherous terrorist groups will not discourage heroes of our southern armed forces from continuing their sacred national duty to eradicate terrorism, and will definitely bring the decisive victory.

In turn, the wounded expressed their sincere thanks and high appreciation to President Al-Zubaidi for honouring them in this tour of inspection, valuing his constant keenness to follow up their health conditions, affirming that all the terrorist operations will only greaten their determination and strength to continue the journey until achieving the goal for which their colleagues, in the southern armed forces, have sacrificed their souls.