Presidency of STC: Elements who committed the terrorist crime in Tawahi will not escape punishment

Presidency of STC: Elements who committed the terrorist crime in Tawahi will not escape punishment 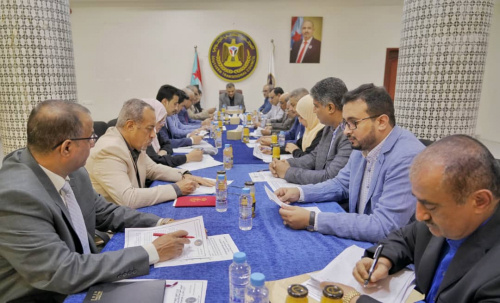 At the beginning of the meeting, the attendees stood for a minute to recite Al-Fatihah on the souls of the martyrs of the terrorist bombing that targeted the convoy of the Secretary-General of the Presidency of the Council, governor of the capital, Aden, and the Minister of Agriculture and Fisheries in the government of power-sharing between the south and the north, Deputy Secretary-General of the Presidency of the Council, Major General Salem Abdullah Al-Socotri, on Sunday, in Hojaif area of ​​Tawahi district, praying to the Almighty Allah to grant them with mercy and forgiveness, dwell their souls in paradise, and to inspire their families and relatives patience and solace, and to grant the wounded a speedy recovery.

The Presidency of the Council expressed its condemnation of the cowardly terrorist operation, stressing the need to take deterrent measures to confront acts of terrorism and deal with them strictly, stressing that the criminal elements involved in these acts will not go unpunished.

The Presidency of the Southern Transitional Council also urged all security services to activate their performance permanently to confront these criminal elements, who are being pushed by hostile sides, to disturb the general tranquility of the capital, Aden, and to obstruct the return of the ministers of the government of power-sharing to the capital, Aden, and to thwart the implementation of the Riyadh Agreement.

The Presidency saluted the international positions condemning the terrorist operation, and the sympathy and solidarity of a number of countries, including the United States, UK, Saudi Arabia, Egypt, the League of Arab States, the Cooperation Council for Arab Gulf States, and other brotherly and friendly countries, as well as international organizations, stressing in the context the necessity of announcing a firm stance on what is happening, and providing the necessary support to the local authority and the southern armed forces to confront acts of terrorism that threaten not just Aden and the South, but also regional and international security, due to the strategic importance of Aden and the South in general, which oversees the international shipping line.

The Presidency of the Southern Transitional Council also expressed its deep regret for the loss of life and property as a result of Hurricane Shaheen, which struck Hadramout governorate, calling on the countries of the Arab coalition and international relief organizations to provide the necessary assistance to those affected by it.

At the conclusion of its meeting, the Presidency of the Council discussed the report submitted by the General Directorate of Foreign Affairs on the international developments related to the southern affairs, which included a number of recommendations aimed at dealing with these developments, to improve the performance of the Council externally, and took the necessary measures in this regard. 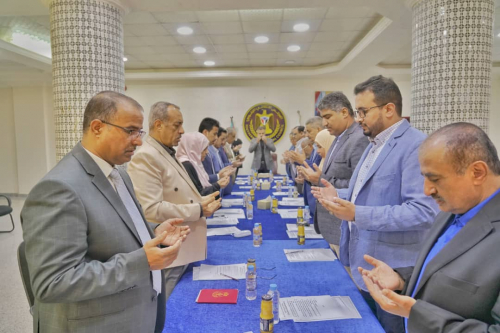