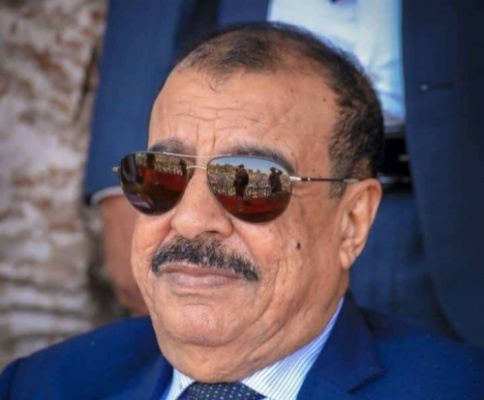 The Chairman of the National Assembly of the Southern Transitional Council, Major General Ahmed Saeed bin Brik, congratulated Dr. Asmaa Ahmed Saleh Al-Sebai, Deputy-Head of the Social Affairs Committee of the National Assembly of the Transitional Council, for honoring her in the Egyptian capital, Cairo, at the International Conference on Women Leaders, and awarding her the “Oscar of a Leading Woman among 50 women,” for pioneering women in the Arab world, and honoring her with the conference shield and a certificate of participation for her effective role and in recognition of her outstanding efforts in the legal, social and development fields.

In his congratulations, Major General Bin Brik said: "The honor that Chancellor Dr. Asma received at the international conference on the impact of Arab women in advancing development for advanced societies reflects the distinguished efforts she is making in the legal, social and development fields and her ability to reach her goals.

This is what counts for southern women, and their active presence at the local, Arab and regional levels, and added to her struggle balance that she built during the early stages of the southern revolution until the present time.

The Chairman of the National Assembly expressed his pride, and the leadership of the Council, with this honor, which Dr. Al-Sebai, and all the southern feminist cadres, who have proven a firm national position in the presentation and discussion of important issues related to the role of women in the next stage through the mature visions that she presents.

In concluding his congratulations, Major General Bin Brik indicated that women have an active role and a high position in the National Assembly committees and occupy leadership positions in them.