The Administrative Board of the National Assembly holds its periodic meeting

The Administrative Board of the National Assembly holds its periodic meeting 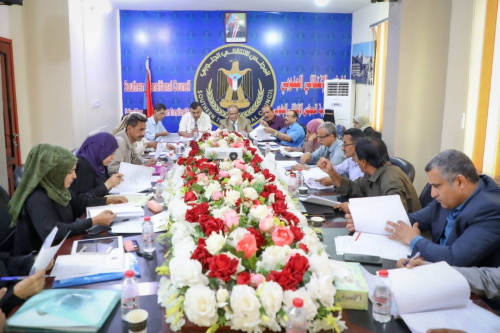 The meeting reviewed its agenda, and discussed the minutes of its previous meeting, as well as the minutes of the meeting of the fourth session of the National Assembly, its final statement, the decisions and recommendations, in addition to standing on the progress of the work of the fourth session of the Assembly and the level of follow-up and implementation of its decisions and recommendations.

The meeting touched on the economic situation and the sharp deterioration in the local currency exchange rate against foreign currencies, and the high rise in prices that burdened the citizens, as a number of proposals were circulated in which it would contribute to alleviating the suffering of the citizens, before submitting them to the concerned authorities to work with them.