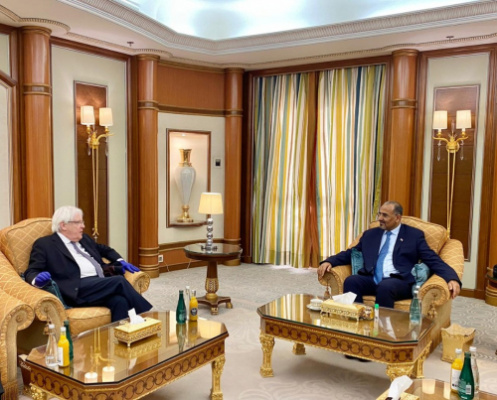 The President of the Southern Transitional Council, Supreme Commander of the Southern Armed Forces, President Aidaroos Qassem Al-Zubaidi, received today, Tuesday, at his residence in the Saudi capital, Riyadh, the Special Envoy of the Secretary-General of the United Nations to Yemen, Mr. Martin Griffiths.

This meeting comes in light of the continuation of intensive discussions sponsored by the Kingdom of Saudi Arabia to implement the Riyadh Agreement, in which the meeting discussed the efforts of calm and ceasefires, confidence-building measures, and the humanitarian file, in addition to the political process that the envoy seeks to launch.

President Al-Zubaidi affirmed the Transitional Council’s support for the efforts of the special envoy, and the Council’s readiness to engage seriously in all phases of the political process sponsored by the United Nations, indicating that the Riyadh Agreement has become a real starting point towards peace, adding that the formation of a new competencies government is a priority to start any real progress towards the solution, in which the President valued the efforts of the Kingdom of Saudi Arabia to settle the crisis and find a solution to it.

The meeting was attended by the accompanying negotiating delegation for the President of the Southern Transitional Council, including Dr. Nasser Al-Khubaji, member of the Presidency of the Council, head of the Negotiation Affairs Unit, Mr. Ali Al-Kathiri and Mr. Abdul Rahman Al-Yafi, members of the Presidency of the Transitional Council, and Mr. Mohammad Al-Ghaithi, deputy head of the General Department of Foreign Affairs in the Council.

For the Secretary-General's Envoy side, the meeting was attended by Mr. Moeen Shraim, Deputy of the Envoy, and Mr. Emmanuel Berg. 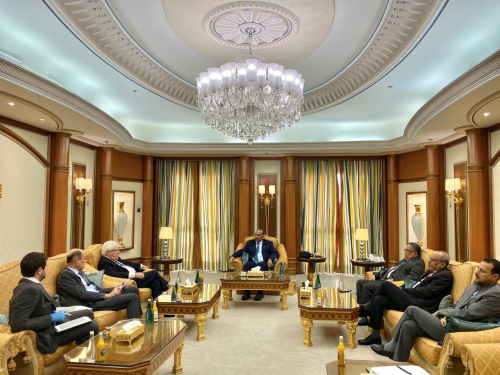