Important statement from the Department of Foreign Affairs regarding recent developments

Important statement from the Department of Foreign Affairs regarding recent developments 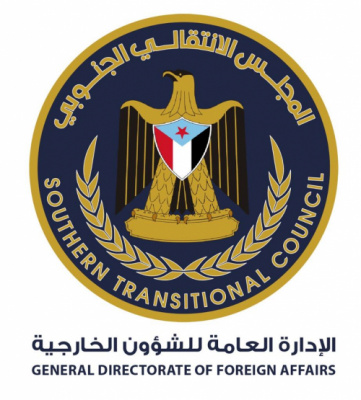 [Monday, 11 May 2020] The Southern Transitional Council has committed to the ceasefire initiative in accordance with the universal call made by the United Nations Secretary-General, and the Council stressed the importance of the Riyadh Agreement as a vehicle for a long-lasting UN-led peace process. We have continuously warned against the intention of the Yemeni government's forces to militarily detonate the situation in Abyan, by sending new forces and mobilising Al-Qaeda and ISIS elements from Marib, Al-Bayda, and Al-Jawf through Shabwa, and we have warned about that clearly in our letters to the International Community on 8th April and 16th April 2020.

Today, as we mentioned before, and due to the conflicting political agendas of the Yemeni government and its failures in all fronts, it has deliberately sparked a new conflict, through the attack that was launched this morning at 06:50 AM Aden time, targeting our forces in Abyan Governorate. This attack comes after months of violations and the attacks carried out by this government without justification.

We have been patient throughout the previous period, and we have avoided responding to all violations due to our respect to the agreement sponsored by the Kingdom of Saudi Arabia, although, the fact that the Yemeni government did not respect any of the terms of this agreement. The previous period proved that the Yemeni government does not respect obligations and covenants and does not seek any peace in the country. Also, the government did not pay any consideration for the sanctity of the holy month of Ramadan, and any risks resulting from the seriousness which could exacerbate the spread of the Corona pandemic emerging in the capital Aden recently. In the face of this brutal attack, the southern armed forces, the supporting resistance and the southern people had no choice but to defend themselves, their lands and protect their families after we tried in every way to avoid confrontation at this difficult time.

This suspicious and irresponsible behavior reflects the continuous steps that the Yemeni government is taking to thwart the United Nations-led peace efforts, damaging the great efforts of the Arab coalition led by Saudi Arabia by focusing in its war on the Houthi rebellion, and combating terrorism and extremism, and proves once again its fundamental role to destabilize the security and stability of the region.

The Southern Transitional Council reaffirms the importance of the “Riyadh Agreements” and the pivotal role of the Kingdom of Saudi Arabia as a leader of the Arab coalition, and therefore, we reaffirm our strategic partnership, our commitment and support for peace and stability efforts, our right to self-defense, territory and supply, and to fight terrorism and extremism.