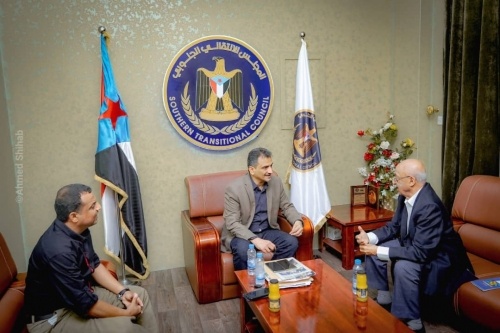 During the meeting discussed a number of issues related to southern diplomacy and mechanisms to enhance their role in the current and upcoming phases, which require more political activity and effective diplomatic presence.

The meeting touched on the activities of the General Directorate of Foreign Affairs of the Transitional Council in the different capitals of the world and its effective role in communicating with the world's governments and various international political bodies and organizations and introducing them to the southern issue and the southern  people demands and their political right to restore the full sovereign state.

The meeting reviewed steps taken by the Transitional Council for the Riyadh Agreement, and the repercussions of delaying its implementation, and attempts to circumvent some of its terms by the Yemeni government, as well as the efforts of the Transitional Council’s leadership to overcome the obstacles of implementing the agreement in coordination and cooperation with the leadership of the Arab Coalition in the Kingdom of Saudi Arabia.