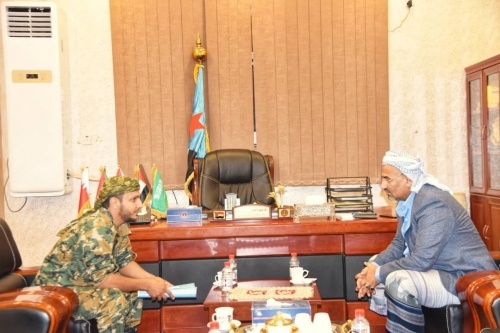 President Al-Zubaidi listened to a brief explanation on the updates of the situation on the northern Dhali fronts, and the military tasks of the Fourth Brigade to repel and defeat the incursion attempts of the Houthi militias, praising the rule played by the Fourth Brigade in North Dhali fronts, stressing that the coming stage will witness an intensification of efforts to confront these militias, with direct support of the leadership of the Arab Coalition, as included in the Riyadh Agreement.

For his part, Commander Ossan Al-Shaari highly valued the concern and keenness of President Al-Zubaidi, to be acquainted with the status and needs of the southern forces, in order to ensure they perform their duties without any obstacles.