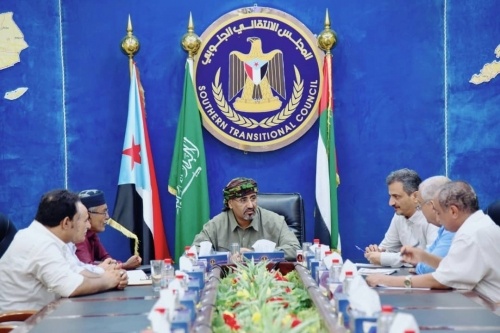 The meeting discussed the preparations and arrangements for the mobilization of the "Loyalty" mass rally event, which will be held in both Aden the capital, and the city of Mukalla, the capital of the province of Hadhramaut.

President Al-Zubaidi considered the participation in this event is a national duty in order to express thanks to the leadership and people of the UAE for standing with the people of the south to achieve their aspirations, and to support in the elimination of terrorist groups embraced by the Brotherhood's legitimacy, which is covered up by the national army.