Shatara : Any Initiative which doesn’t Consider the Southern Peoples Demands Will Fail

Shatara : Any Initiative which doesn’t Consider the Southern Peoples Demands Will Fail 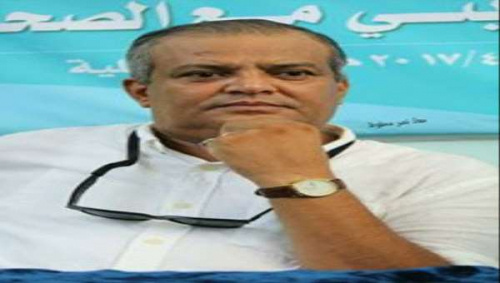 Member of the presidium of the STC and head of the information department Lutfi Shatara has assured that , "Any future political settlement for Yemen which  does not take into account and the  new reality in the South, will not succeed."

In an interview with "Al Qudds Press " today, he said  that the Transitional Council has made it  clear to the international community and the parties concerned in  Yemen that the demands of the people of the south is paramount and non negotiable . He added that the STC is in direct contact with the international Envoy to Yemen, Ismail Sheikh Ahmed.

Shatara  pointed that the people of the south have said their word which was reflected in the 2015 war, when they liberated their land securely and today they are reflecting it politically  through the Southern transitional Council, adding that the ‘United Yemen’ is something from the past .

Member of the presidium Shatara has criticized remarks made  by Foreign Minister Abdel Malek al-Mikhlafi, last week, which confirmed that the main negotiators at the present stage are the representatives of the legitimate government , Ansar Allah and the ousted president Ali Saleh indicating that the negotiations with the ‘Hirak’ are an ‘ Internal issue’ .

On the other hand ,Mr Shatara refused to comment on the draft document which was published by certain Yemeni sources today , which was quoted by the international convoy to Yemen Ismail Sheikh Ahmed .

Shatara said , “Till this moment there aren’t  any  materialized initiatives which we can depend on or agree to, and that any initiative which does not take into consideration the needs and demands of the southern people and their achievements  will not succeed .”