In response to STC’s call..

The city of Zinjibar, the capital of Abyan governorate, on Thursday, witnessed a massive public festival in support of the second Hadhrami uprising to achieve its goals and blessed the victories of the southern Giants brigades.

In his speech, Al-Shaqi said: "The Hadhrami popular uprising has harmonized with the liberation of Shabwa by the southern Giants under the banner of the always victorious for southern homeland, causing a remarkable shift in the balance of power on the ground, which enhances the political and diplomatic course of the southern cause," noting that the liberation process that started from the capital, Aden, in 2015, with the support of our brothers in the Arab coalition, has moved forward and will never back down.

Al-Shaqi added: “The joy will be complete with the liberation of Mukairas and its return to the bosom of Abyan, and this requires everyone to align together and support the men of the southern resistance and our people in Mukairas, and we affirm that we will work hard and diligent and with clear sincerity to purify Abyan and the whole of the South from terrorist forces and supportive forces of terrorism that have become known to us and to the world and are not hidden from anyone.”

A number of speeches also were delivered at the mass festival, which was also attended by members of the National Assembly, community figures and prominent security and military leaders, and representatives of civil society organizations, coordinators and community figures in Abyan governorate, who praised the political and diplomatic victories achieved by the leadership of the Southern Transitional Council represented by President Aidarous Al-Zubaidi in international forums, expressing the  solidarity and support for the second Hadhrami popular uprising, and congratulating the military victories that the forces of the Southern Giants won in Shabwa governorate.

A number of poems and joyful folk performances were also recited at the festival, in which the banners of the South were raised, and the masses chanted Southern patriotic slogans.

In conclusion, the festival issued an important political statement that expressed the messages and opinions of the participants.

The statement praised the support of the Arab coalition countries for the people of the South in various fields, and valued the Hadhrami uprising, expressing the need to extract its legitimate rights for the people of the governorate to benefit from its wealth and manage its affairs, and demanded the immediate implementation of the Riyadh Agreement, refusing the continuation of the Brotherhood's legitimacy militias existence in Shokra, Arqoub and all over the governorate's districts, stressing the intention to root out corruption in the local authority offices, and stressing the rejection of illegal levies on behalf of the corrupt Brotherhood's legitimacy. The statement also demanded improvement in living conditions due to the collapse of the value of the local currency exchange rate, and confronting the high prices, and ending the systematic political displacement. 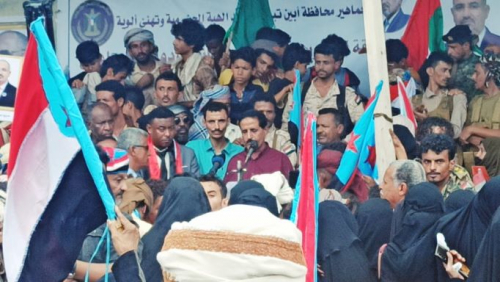 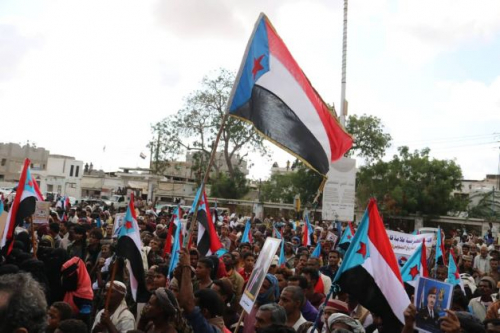 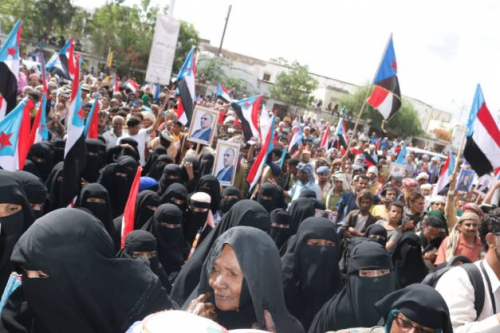 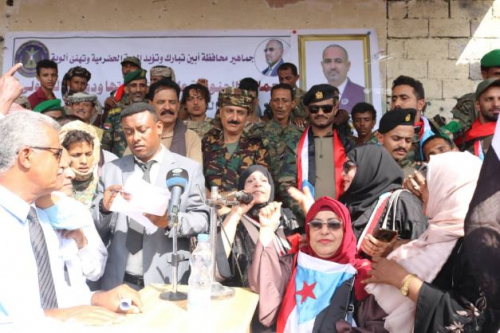