The holder of right never withdraws

The holder of right never withdraws 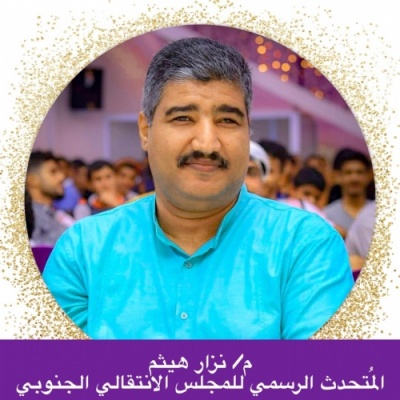 The holder of right never withdraws, and the truth is what Allah Almighty has commanded us in the noble book of Quran, and in the path of the faithful Messenger, peace be upon him.

The South since 1994 has the absolute right to self-determination, and has the right to freely determine its political status, and to ensure its economic and social development, in a manner of its choice, upon its will, without the guardianship of Sana'a.

It is no longer a secret to anyone that there are great challenges facing our negotiating delegation due to the intransigence of the legitimacy forces that refuse to implement the Riyadh Agreement, despite the unprecedented flexibility that provided throughout the presence in Saudi Arabia to enter the negotiation process, but all these positive efforts were met with the intransigence and arrogance of the legitimacy.

We have repeatedly stressed to the Arab Coalition with clear messages about the importance of the immediate implementation of the political and economic terms of the Agreement, and ending the military build-up, and the media war against the Transitional Council by parties affiliated to the legitimacy, and the need to lift the economic blockade on our people.

We affirm that there is no truth to the rumors about the withdrawal of our delegation from the Agreement, in which its members are in an ongoing meeting with the President of the Southern Transitional Council to evaluate the past period, and discuss the necessary mechanism to enter the stage of negotiations in the future, under the gracious patronage of the Kingdom of Saudi Arabia.