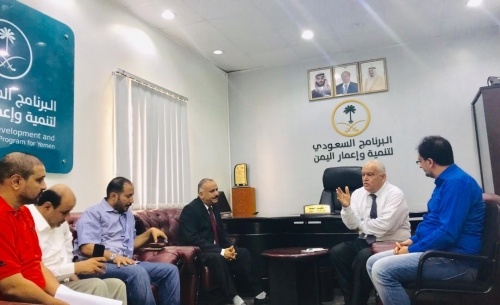 Al-Wali met Khaled Oman, the Executive Director of the Supervisory Committee of the Saudi Program for the Development and Reconstruction of Yemen, and members of the Committee, which is responsible of following up the fuel distribution to all power stations in Aden the capital, and neighboring province, who presented a brief explanation of their mission and its mechanism, in which Al-Wali expressed his happiness and satisfaction with the work of the Saudi committee.