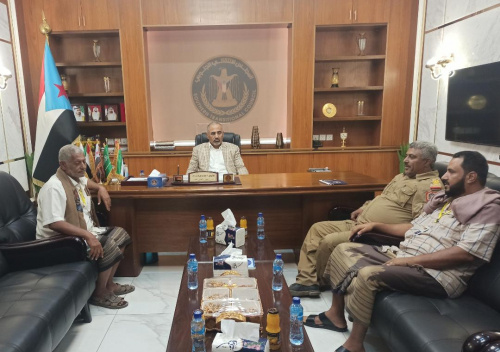 In the meeting, which was attended by Major General Saleh Al-Sayed Staff of the Southern Land Forces,

President Al-Zubaidi emphasized on assuming the high responsibility that the command and personnel of the military police have been shouldered to enforce discipline and curb lawbreakers in the security and military establishments and protect vital facilities, expressing his readiness to provide all kinds of support to the command of the military police to perform the tasks with efficiency and competence.

For his part, the Commander of the Military Police expressed his sincere thanks and appreciation to President Al-Zubaidi for his efforts to advance the military and security situation in Lahj Governorate, affirming the readiness of the Military Police and its personnel to carry out all the assigned tasks to maintain security and stability in the governorate.