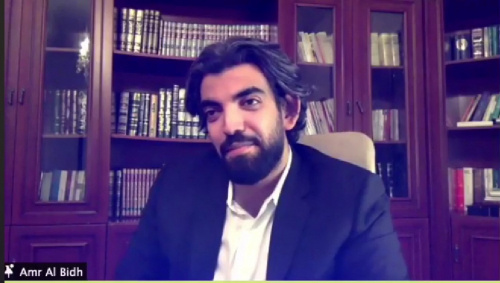 Mr. Amr Ali Salem Al-Bidh, member of the Presidency of the Southern Transitional Council, Special Representative of the President of the Southern Transitional Council, President Aidarous Al-Zubaidi, delivered on Thursday, a briefing to the Middle East and Gulf Working Group in the European Union, on the situation and the progress of the political process in the south and Yemen.

Al-Bidh explained during the briefing, which took place via video conference, in which Adel Mutlaq participated, that the recent peace efforts confirmed to the international community that the Houthi militia is the aggressor, and it has goals that are consistent with the long-term Iranian strategies in the region.

Regarding the latest developments in the implementation of the Riyadh Agreement, Al-Bidh pointed out in his briefing that the other party, which signed the agreement, used security excuses to shirk its responsibilities towards citizens.