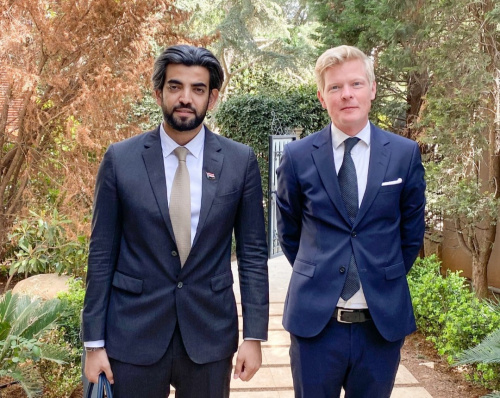 The member of the Presidency of the Southern Transitional Council, the Special Representative of the President of the Southern Transitional Council, President Aidaroos Qasim Al-Zubaidi, for Foreign Affairs, Mr. Amr Ali Salem Al-Baidh, met on Monday, in the Jordanian capital, Amman, with the head of the European Union delegation in Yemen Mr. Hans Grundberg.

For his part, the head of the European Union delegation affirmed his understanding of the southern issue and its merits, noting that the European Union supports the efforts of the United States of America and the UN envoy, Martin Griffiths, to stop the war and enter into a comprehensive peace process.