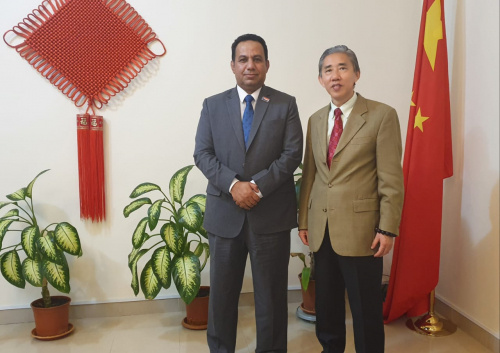 The representative of the General Department of Foreign Affairs of the Southern Transitional Council, Mr. Adel Al-Shabhi, received on Thursday, a call from Mr. Kang Yong, the Ambassador of the People's Republic of China to Yemen.

Al-Shabhi welcomed the call from the Chinese Ambassador and conveyed to him the greetings of President Aidaroos Qassem Al-Zubaidi, the President of the Southern Transitional Council.

The call discussed developments in the southern and Yemeni arenas, foremost of which are the procedures for implementing the Riyadh Agreement and the mechanism for accelerating it.

In the call, they stressed on the importance of implementing the agreement and cooperating with the efforts made by the Kingdom of Saudi Arabia in this regard.

During the call, they also stressed on the importance of the role of the People's Republic of China in working with permanent members of the Security Council to find a comprehensive political solution to all outstanding issues and stop the ongoing conflict in Yemen.

The Chinese Ambassador thanked Mr. Al-Shabhi, for the continuous cooperation, expressing his admiration for the steps taken by the Transitional Council until it became recognized by all, and at the end of his call, the Chinese Ambassador requested to convey his greetings to President Aidaroos Al-Zubaidi, the President of the Southern Transitional Council. 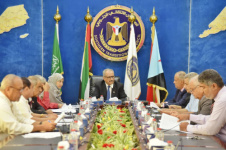