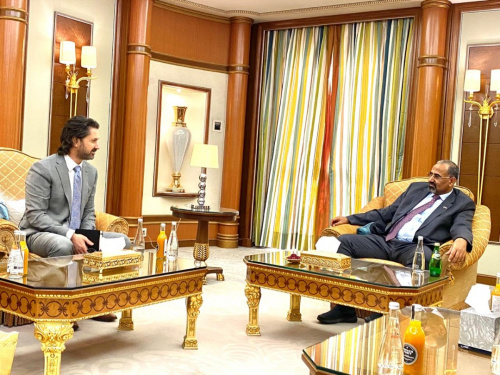 The meeting discussed the current situation in our country, in which President Al-Zubaidi reaffirmed the permanent position of the Transitional Council towards supporting peace and stability, stressing also on the priority of dealing with the humanitarian and services file, in addition to solving the political file in accordance with the developments on the ground.