Al-Jadi discusses with Griffith's Adviser the future of Riyadh Agreement

Al-Jadi discusses with Griffith's Adviser the future of Riyadh Agreement 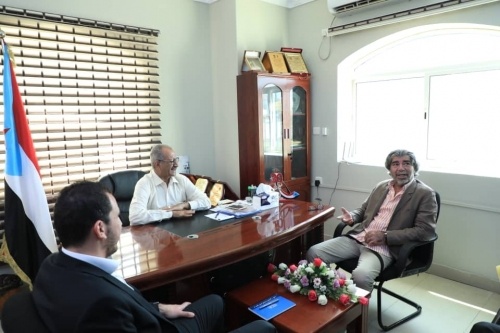 The Assistant Secretary-General of the Presidency of the Southern Transitional Council, member of the Presidency of the Transitional Council, Fadhl Mohammad Al-Jadi, received on Wednesday, in his office in Aden the Capital, Mr. Marwan Izzat Al-Ali, Adviser for Political Affairs of the United Nations Special Envoy to Yemen, Mr. Martin Griffiths, and Mr. Fadi Al-Maoushi, Head of the Political Department in the UN Envoy's office.

The meeting discussed the local political developments, as well as the progress of implementing the terms of Riyadh Agreement, in which the Assistant Secretary General stressed that the Transitional Council, from the first moment, is serious and clear in the agreement and is committed to implementing all its terms.

Al-Jadi said that the responsible attitude of the Transitional Council’s leadership in dealing with the commitment to implement Riyadh agreement were not reciprocated the same by the other party, which is still unclear and works to confuse the scene as no commitment has been shown or practical steps on the ground by them to implementing the terms of the Riyadh.

For his part, Marwan Al-Ali affirmed the UN's clear position on Riyadh agreement, noting that the agreement represents a breakthrough for the political scene, as well for the efforts made by the United Nations and Mr. Martin Griffiths to reach a comprehensive political settlement in Yemen.

The UN envoy's advisor expressed the United Nations' concern about the delay in the implementation of the terms of Riyadh Agreement, as well as of some recent events in Abyan governorate, and of the terrorist operations that targeted a number of security and police personnel in the capital Aden.

Al-Ali pointed out that the implementation of the agreement by its signatory parties as scheduled, will help the United Nations accelerating its efforts to reach a comprehensive political solution that ends the state of war. 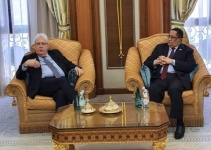 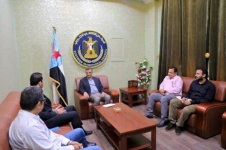 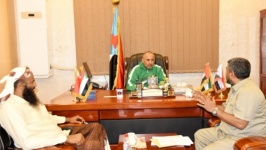 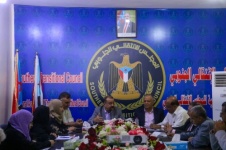 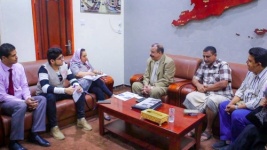 Chairman of the National Assembly meets Director of Geneva Call