A Statement on the Latest Events In the Capital Aden

A Statement on the Latest Events In the Capital Aden 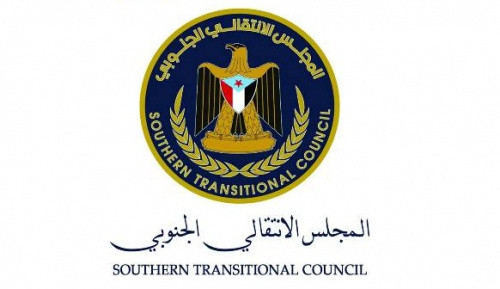 At this difficult period which our capital Aden is going through , the Southern Transitional Council is following updates of the  aggression of the government forces under the auspices of prime minister Ahmed Obaid Ben Daghr, and Minister of Interior, against our innocent people who came out peacefully to demand  a decent life.

In the face of what is occurring, the Southern Transitional Council (STC) holds the government of Ben Daghr full responsibility for what is happening.

The STC has affirmed from the beginning its commitment to the peaceful option and will stand by that choice. Our people came out to say their word peacefully and our duty is to protect them and our national assets and victories and to safeguard our sacrifices against any act of violence.

We assure our Southern people in general and the people of the capital Aden in particular that things will be fine and we call on all to unite in the name of peace, security, and stability. We also call upon you all to protect the private and public interests and government institutions. We will be as we have always promised at the front line of our great Southern people and the Southern cause.

We emphasize that our call was clear and did not bear any military nature and the people’s protests were peaceful, but we were surprised at dawn today by the deployment of military forces which were ordered by the corrupt government of Ben Daghr in the shape of blocking the streets and firing live bullets at the peaceful protesters, an act which prompted the Security forces to intervene to protect the peacefully protesting citizens.

Therefore, the Southern Transitional Council holds the government of Ben Dager full responsibility for violating the Arab Coalition’s call for a truce and who used force by firing live bullets at the demonstrators killing some and injuring others in aim to prevent the protesters from reaching the square to demonstrate peacefully.

The Southern Transitional Council also stresses on the strong partnership with the Arab Coalition and its efforts in maintaining security and stability in Aden the capital where it presented great sacrifices since the beginning of the war.

The Southern Transitional Council calls on the Arab countries to continue their efforts to compose the situation in Aden and to listen to the demands of the Southern people.

The Southern Transitional Council also calls on President Abdulrabo M. Hadi to arbitrate reason and logic and listen to the demands of the people in the South, who have made and continue to present great sacrifices in order to defeat the Houthi militias, and call upon him to dismiss the corrupt government before the situation becomes out of control.